Fire Chief Richard Chalmers McCormick, age 49, of the La Vergne Fire and Rescue, died on August 16, 2018, from injuries he sustained at a structure fire. Firefighter/Engineer Jason W. Dickey, age 38, of the Lawrenceburg Fire Department, died on February 12, 2018, from injuries sustained while being caught in a structural collapse, along with four other firefighters, during a house fire. Firefighter Steve Kelly Hunt, age 26, of the Pleasant View Fire Department, died on May 6, 1984, from injuries sustained in a motor vehicle accident while responding to the station for a reported structure fire. Carl Eugene “Gene” Smith, was an 11-year veteran of the Knoxville (TN) Fire Department. He was critically injured enroute to a fire in July 1952 while driving the/an assistant chief. Their vehicle was struck by a ladder truck at night at a blind intersection while responding to the same fire. He never regained consciousness and died 2 days later at 43. He left behind a wife and two children. Lieutenant Rodney K. Eddins, age 57, from the Memphis Fire Department, died on April 17, 2016, after he collapsed during overhaul operations while fighting a residential structure fire. Lieutenant Terrence Morgan Pryor, age 48, of the Memphis Fire Department suffered a heart attack and died after he responded to multiple calls on May 25, 2015. Firefighter Christopher M. Blankenship, age 41, of the Madison County Fire Department died after he was struck by a falling tree at the scene of an accident on May 3, 2015. Gus Losleben, age 69, departed this life on Tuesday, December 9, 2014, at the age of 69. Gus was killed in the line of duty from injuries sustained in a terrible crash en route to a house fire.

He was born on November 3, 1945, in Bethlehem, Pennsylvania, to the late Gustav W. and Marian Kennedy Losleben of Fort Myers, Florida .

Gus served in the United States Navy from 1965 until 1969 as an aviation electronics technician in radio and navigation, attaining the rank of petty officer second class.

Gus worked at Florida Power & Light as instrument and control as an itinerant specializing in nuclear power plant overhauls all over Florida from February 1982 and as chief job steward for the International Brotherhood of Electrical Workers until retiring in December 2004.

After retiring, Gus and his wife, Megan Tennille Patrick, traveled all over the United States for two years, searching for a place to start a farm. They bought 23 acres of raw land in 2009 in rural Savannah, Tennessee, and built their dream farm raising organic produce and managing their herd of dairy goats, making butter and cheeses and tending their flock of chickens.

Gus became a volunteer firefighter in 2010, as he felt a call to duty when District 6 firefighters responded to what ended up being a false alarm at the farm. After joining, he found that he loved the fire department and the camaraderie, the sense of family and brotherhood.

Gus will be especially remembered as an honorable and honest, giving man, avid photographer, wood worker, and gardener. He loved the ocean, sailing, mystery novels, and jigsaw puzzles. He also loved to play the piano and sing in the privacy of his home.

He is loved and missed by all who knew him. His final ride was in Ladder 64, his favorite big boy toy. In honor of his love of the water, his remains will become part of the Eternal Reef system in Sarasota Bay, Florida, on October 11, 2015. 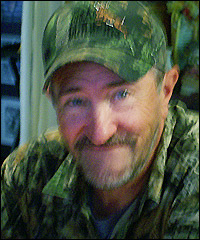 Jerry was born December 20, 1952, at home in Grassy Fork to Dallas and Ruby Campbell. He was one of six children. He had an older brother, JH, and four sisters, Grace, Zanna, Elouise, and Estalee. He had a special bond with his sisters, but he and his older brother developed an inseparable bond which endured throughout their lives. He grew up in the Edwina community, where he helped to raise his sisters and spent much of his time in the mountains.

Jerry worked in manufacturing for many years. He was considered a dedicated, dependable, honest team member and earned the respect of his supervisors and his coworkers. His heart, however, always remained in the outdoors and the mountains.

He was a senior member of the Poor Boys Bear Club, a hunting club in the Edwina community that works to preserve hunters’ rights, ensure a strong and healthy animal population, teach the next generation respect, ethics, and outdoor skills for the mountains and hunting, and assists those in the community that need help. He loved them all as brothers and enjoyed every moment of his time with them.

In 2010, Jerry joined the Forestry Service as a seasonal wildland firefighter at the Cocke County Work Center. There he worked on crews that suppressed numerous wildland fires in the East Tennessee District and earned the respect and admiration of his crew. He was dedicated and committed to protecting life, property, and the forest resources that he loved. There he added another chapter to his family.

Jerry was a quiet man who loved the outdoors and enjoyed the simple things in life. He enjoyed hunting, fishing, camping, gardening, and playing with and teaching his nephews. He had a quiet strength and was always ready to lend a hand. He had a relationship with God that glowed in his face. Jerry left a lasting impression on those he knew and loved and will always be in our hearts. David had more than 20 years of firefighting experience. He was only 43 years old when he passed away. He loved being able to help others. He ate, slept, and breathed being a firefighter.

On the morning when he passed away, he had been at Carter’s Valley Station 2 the night before. We had worked a brush fire earlier that day. I went home while he stayed behind at the station getting one of the trucks ready for the funeral of one of the retired members. He got home about 1:00 a.m., took a shower and went to bed, only to wake me at 7:00 and ask for help. My husband didn’t make it. But he had so much love and passion for our members and any fire departments. If he could stop and help anyone he would.

He was the love of my life. He left behind his wife, mother and father, two brothers, his children and grandchildren. He will always be in our hearts forever. We love and miss him every day.